Nitrobacter has been shown to be abundant in soil and mud (Degrange and Bardin, 1995), playing the most important role in the second step of nitrification. Nitrobacter species are Gram (-) bacteria, which are short rods or pear shaped (0.5 - 0.8 x 1.0 - 2.0 µm).

Nitrobacter is not mobile and needs to attach to substrate surfaces such as rocks, sand or a biological medium so that they can grow smoothly by secreting mucus from the outer envelope.

Toxic compounds for aquatic subjects such as NH3 and NO2- will be converted to non-toxic NO3- thanks to the nitrification process carried out by nitrifying bacteria (Herbert, 1999).

Nitrification is the process by which ammonia is oxidized to nitrate (NO3-) through two stages performed by two different bacterial groups. In the first stage, Nitrosomonas oxidizes ammonium to nitrite (NO2-), the last nitrite converts to nitrate thanks to the activity of Nitrobacter bacteria (Focht and Vertraete, 1977). 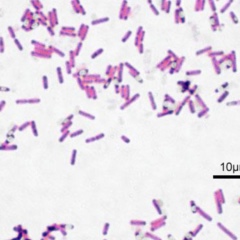 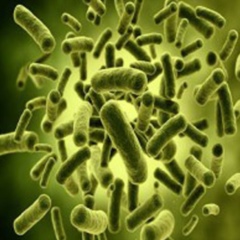